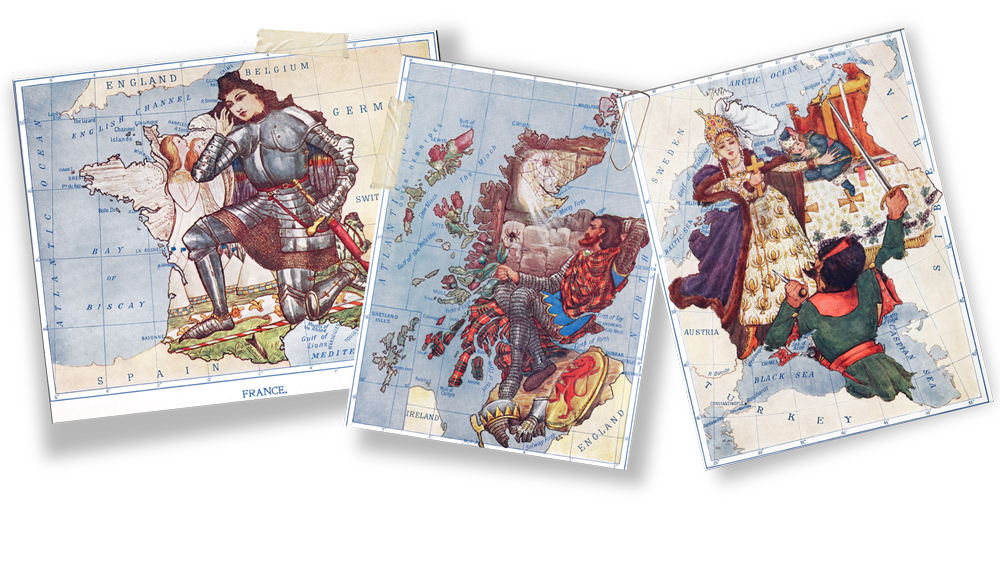 In 2019, the museum of ethnography of Geneva created its exhibition “the factory of tales”(“La Fabrique des Contes” in French). it shows the contribution and role of tales for our societies but also contextualizes them with objects from its collection. By focusing on eight fairy tales, the exhibition also allows spectators to be carried away by the stories told. 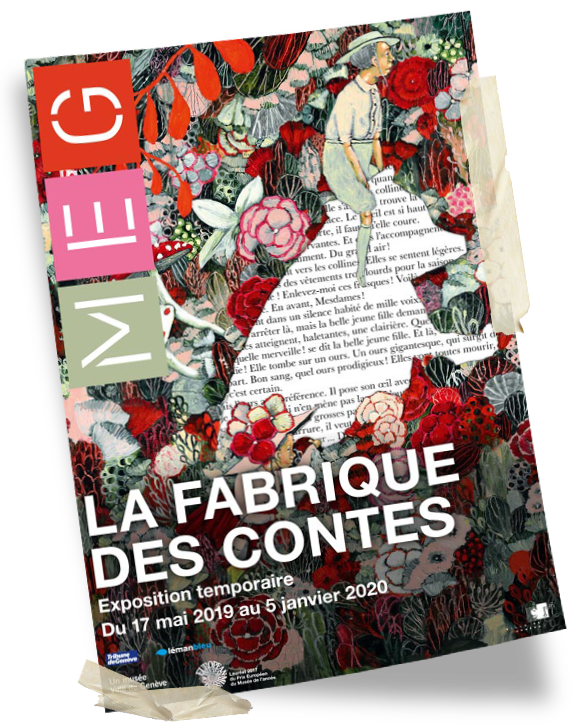 I contributed to two small parts of the exhibition. First in “the fisherman and his wife”‘s room. This one was illustrated by Carl Cneut (whose illustration was taken for the poster of the exhibition below). I animated the waves on the ground by cutting digitally his drawing. This animation was then projected to the ground (a mapping made by a company). I also made animations in the part of the exhibition dedicated to patriotic tales. From the illustrations of “Stories of old”, a book of 1912, I animated the stories of the different countries. The drawings show the country of which they tell the founding story (P.E.X Jeanne D’arc for France, or st. George for England). 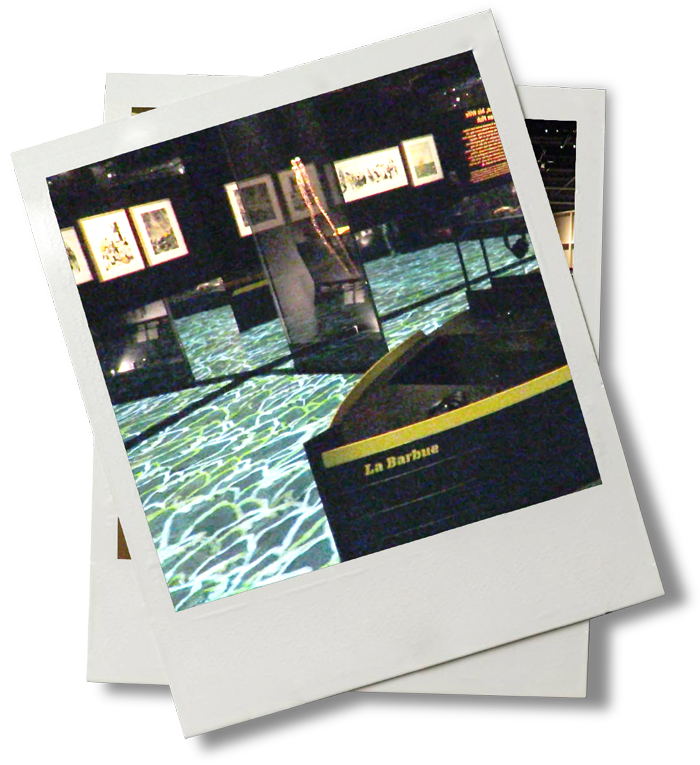 If the animation of the waves was finally done in cut-out animation (after failed tests on oil painting), the animation of the card characters was done by hand on paper. It was only at the time of the digital coloring, that I had to watch the original colors and patterns, which was not simple. Some posters are more successful than others, because a number of patterns were difficult to redesign images by images (e.g. The Knight’s mesh or the draped of the flutes player). A Virtual Tour of the exhibition is visible here